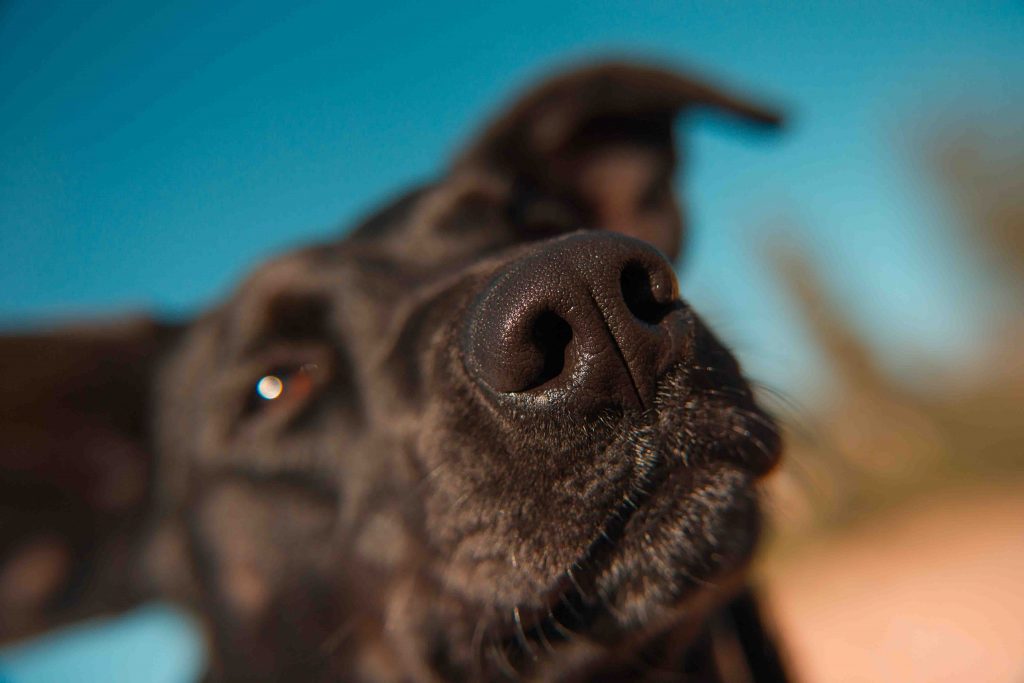 What Does it Mean When Your Dog’s Nose Is Dry?

Companionship is one of the nicest aspects of having a dog. They are always there to help us when we need them as if they can read our minds.

Unfortunately, we are unable to read theirs. At least not in the manner we would want. Other things, on the other hand, may be interrupted to ascertain their requirements, desires, and health. One of those things is inspecting their noses.

When a dog’s nose becomes dry, it typically indicates that something in his or her body is changing or has changed. It isn’t always a negative thing, but it isn’t always a good thing either. Continue reading to find out what your dog’s dry nose signifies.

Ruh-roh, my dog’s nose is dry

Dogs have a fully advanced sense of smell on which they rely to make sense of their surroundings. A dog’s nose, like any other functional mechanism, requires lubricant to function correctly. Why is this? Because smell particles attach to damp surfaces considerably more effectively.

You may also note that your dog often licks his (or her) nose. They do this to remove dirt, trash, and other particles. It is also a method of interpreting smell particles through taste.

Let’s go through all of the reasons:

He’s Been Exposed to Elements

You’ve probably noticed that when the seasons change, your nose and throat get dry and itchy, or runny and full of mucus. The same is true for your dog. The scorching sun, a windy day, cold, and heat may all affect your dog’s nose.

You may find that your dog’s nose has dried up, especially during the winter. It might be from their proximity to a heat source, such as an air vent or fireplace.

When your dog is sleeping, he is dreaming rather than licking his nose. As a result, it is typical for your dog’s nose to dry up as they sleep. When they wake up, they’ll start licking their nose to rehydrate it.

He is dehydrated as a result of strenuous exercise.

Consider this: when you exercise and sweat, you get dehydrated. The same is true for your devoted companion. If you’ve just taken him for a run, or if he’s been running about with his playmates in the park all day, he’ll get dehydrated as well. His nose will bear witness to this.

His nose will revert to its wet condition after he rehydrates.

Older dogs have drier nostrils. It just comes with age, much like gray hair and wrinkles in people. It’s nothing to be worried about. But you can always apply some dog-safe balm on his dried nose to keep it wet. And he’d do the same thing for you.

He’s of a Particular Breed

Certain dog breeds, such as Bulldogs and Pugs, have difficulty licking their noses due to their shorter snouts. Other breeds, such as Lhasa Apsos and Spaniels, have clogged tear ducts. Both of these factors cause them to have dry noses.

A little dog-friendly moisturizer will take care of it.

Dogs, like humans, may suffer from allergies, causing their nostrils to dry up. Environmental allergies, skin allergies, and even food allergies may all occur in dogs.

If your dog’s allergies are severe, he or she may need allergy treatment.

We often forget that almost all furry animals, including our four-legged friends, have skin. Dog breeds with thin, light hair and pink or pale noses, paw pads, eyes, and ears, in particular, are more prone to sunburn.

Sunburn may cause your dog’s nose to dry up and perhaps crack, depending on the degree. Consider dog-safe sunscreen for those long days of play if you own one of these thin-skinned breeds.

In the worst-case situation, your dog’s nose may be dry due to an autoimmune condition. Depending on the breed, a dog may suffer from several different autoimmune illnesses.

Lupus and Pemphigus are the most frequent autoimmune illnesses that cause nose-drying. These disorders cause dryness, splitting, and bleeding on the surface of your dog’s nose. Only a veterinarian can identify these disorders, which are normally treated with immunosuppressive medicines.

Is it Necessary to Take My Dog to the Vet?

It’s not a medical emergency just because your dog has a dry nose. It should also be mentioned that a chilly, moist nose is not necessarily a sign of good health.

Taking everything into account, what you want to search for are additional symptoms. Excess mucus coming from your dog’s nose, for example, particularly if it’s yellow, green, or black, is a symptom that your dog is unwell.

Fever, extensive nose licking, stained gums, frequent coughing or sneezing, and an overall high body temperature are further signs to check for. Furthermore, if your dog has a severe allergic response, his or her nose will become swollen and red. They will also most likely be constantly itching and scraping their face.

So, if you find your dog has a dry nose, you should look for other signs. If you don’t notice any of the following symptoms, simply keep a watch on him until his nose returns to normal. If it does not, and he is exhibiting additional symptoms, it is recommended to take him to the veterinarian.

Finally, if your dog’s nose is dry, don’t panic—but also don’t overlook it. Keep the preceding ideas in mind as you look for concomitant symptoms.